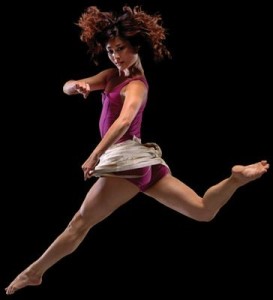 Yukie Fujimoto was Visiting Assistant Professor of Dance at Mills College, Oakland from 2009 to 2014. She taught all levels of ballet and modern, Hawaiian Hula ‘Auana and Costume Design for Dancers. As the Artistic Director of Mills Repertory Dance Company (MRDC) she produced and rehearsed works by Marc Bamuthi Joseph, Brenda Way, Mo Fenley, Katie Faulkner, Sean Curran and Wanjiru Kamuyu. Her choreography has been featured in MRDC and selected for the 2013 ACDFA West Regional Gala Concert. She was a senior company member with ODC/Dance from 1999-2005 and assisted in restructuring the ballet program for ODC School. Yukie has performed works by Sonya Delwaide, David Allan, Ulysses Dove, Barak Marshall, and Sue Li Jue and performed in companies including Colorado Ballet, Chinese Performing Artists of America and Hula Halau o’ Ku’uleinani. She was nominated for Outstanding Achievement in Performance by an Individual in 2002 and Outstanding Achievement in Performance by an Ensemble in 2010 for her performance in works by Delwaide. Yukie graduated summa cum laude from UC Berkeley in English and completed her graduate fellowship at UC Irvine with an MFA in dance choreography. She received her certification in Costume Design from Cañada College. Currently, she is a mother of three and her interests include choreography, somatic practices, dance education and child development.

LEADERSHIP GOAL: Implement a new sustainable dance program for underserved children in Oakland, California and to expand her skills as an effective leader who makes an impact.