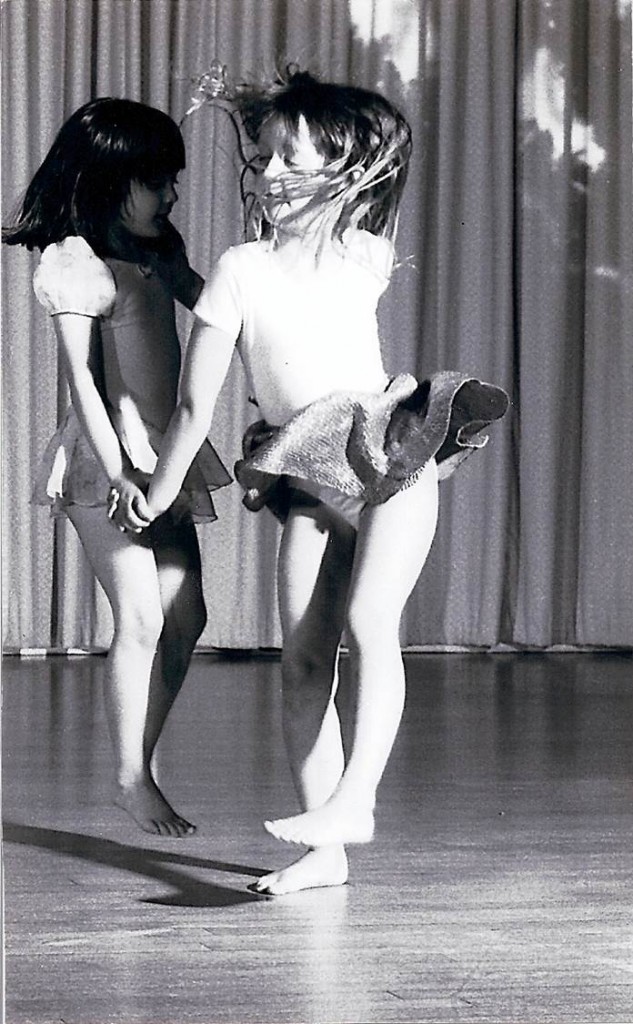 In my 25 years at Luna, a surprising aspect of our work has been to witness how dance often provides continuity. For some families, dance class is one of the most consistent things in their lives. We might see a child dancing with a foster parent in MPACT classes at one library. The next year, we see that same child at a residential center with her biological mother. Later, we find her again in second grade dance class at the public elementary school. This happens again and again.

One of my favorite continuity success stories is about the Love* family. We first saw the Loves in 2009. I was observing and video-taping an MPACT class at the West Oakland Library as part of a research study. That class happened to be larger than usual, perhaps a group of 21 adults and children were moving through the space. I noticed one mother dancing with a girl about 6 years old. After a few moments, she took the girl out of the room and then returned with a younger girl, about 3. This continued throughout the class. Afterward, I met up with the mother and her social worker in the lobby. Before I could ask her about the repeated ins and outs, she blurted out that she was totally overwhelmed, that the older child had autism and from the moment the little sister was born she was extremely jealous. The mother was a wreck trying to hide the love of the little one from the big sister because she was afraid she would hurt her. She felt guilty about not being able to give to the little one, but she was so afraid. The social worker also told us that this was the last time she would be accompanying the mother to the class—from now on, she was on her own. I encouraged her to return and set to work with my co-workers about how we could support her dancing with both girls at the same time.

The mother’s dedication was profound—she attended every class of the 8-week session with both daughters. On the last day, she said that she felt sick and wanted to sit out. The older daughter piped up, “I will be the mother in this dance class!”and led her younger sister joyfully through all the activities.

The Love family followed us from library to library. Eventually, the older daughter was given a scholarship to our afterschool studio program. Her mother brought her on-time, religiously, along with the younger sister who watched. One day, as I was observing class, the younger sister told me, “I’m going to be a dancer just like my big sister!” And dancer she was! Eventually, we had to find funds for both girls to attend. The little one had the dance bug—she was inventive, engaged, and engaging to watch.

After a few years, they moved to a suburb about 40 minutes from us and the mother continued to bring them both weekly until she found a job that did not allow the time. Last year, I learned that both Love girls came back and this time they danced together in the 7-11 year old Modern Dance Class! The experience of Ms. Love and her daughters humbled me—once she saw a bond possible, she committed herself to strengthening the connection between the sisters. The dedication it took to provide opportunities for her children to express themselves through dance required a great deal of commitment, trust, and perseverance (not to mention driving!) I will never forget this amazing family.